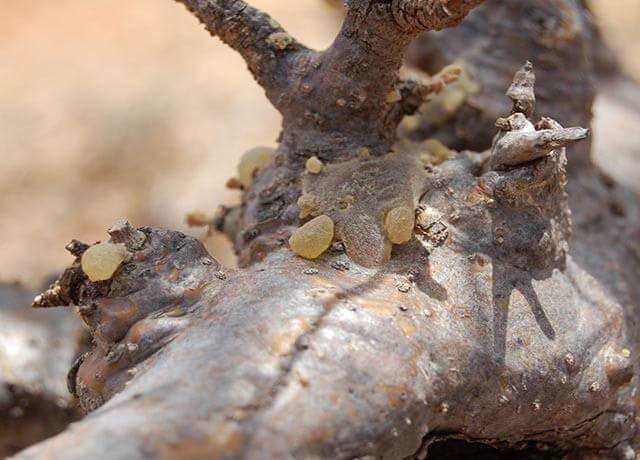 Galbanum is a resin obtained from certain species of ferula, a perennial herb native to the Middle East and the Caucasus. It has been used throughout history for various purposes, including perfumery, medicine, and religious rituals. In ancient Egypt, it was used in incense and as a medicinal ingredient. In the Bible, it is mentioned as one of the ingredients in the holy incense used in the tabernacle and the Temple. Traditional Persian medicine was used to treat a wide range of ailments, including headaches, menstrual cramps, and respiratory problems. It is still used in perfumes and as a fragrance ingredient in soaps, lotions, and other personal care products.

There are several references to Galbanum in history. It is mentioned in the medicinal works of Hippocrates and Pliny the Elder. Galbanum was one of at least 36 ingredients used by Mithridates (c. 132–163 BC) as medicine. Mithridates VI was a Roman who ruled over Pontus, now in the Anatolian region of Turkey. His father, Mithridates V, was said to have been poisoned and killed. Mithridates VI administered herb-based poisons in small quantities to render himself immune from poisoning. This antidote, which contained Galbanum, became known as Antidotum Mithridaticum, or Theriac.

Dioscorides prescribed the milky juice of Galbanum for ulcers, coughs, convulsions, ruptures, headaches, stomach pains, menstrual cramps, toothaches, snakebites, and labor pain. Rubbed on the eyes as an ointment, it improved eyesight. Taken with honey, Galbanum was regarded as a remedy for indigestion and flatulence.

There are references attributed to the use by Assyrians of Galbanum in history. It was used as a fumigant. Galbanum essential oil, usually blended with other oils, was used to treat wounds, scars, inflammations, and skin disorders. Athletes use it to relieve pulled and sore muscles, cramps, and aching feet. It can relax the nerves and muscles while ridding the body of toxic substances. In a tincture with alcohol, it is effective in getting rid of head lice.

In modern aromatherapy, the essential oil of Galbanum is used in bath and massage oils. It is believed to impact the body, mind, and spirit. It relieves muscular aches and swollen lymph glands. The oil has analgesic properties and helps to treat cuts, wounds, abscesses, and wrinkles. It is useful in providing relief for cough, bronchitis, asthma, and lung infection.

Galbanum is used in a variety of products today, including:

It should be noted that Galbanum essential oil is considered toxic if ingested; therefore, it should not be used internally. Due to its strong and potent aroma, it is best to use it in small amounts and always dilute it with a carrier oil before applying it to the skin.