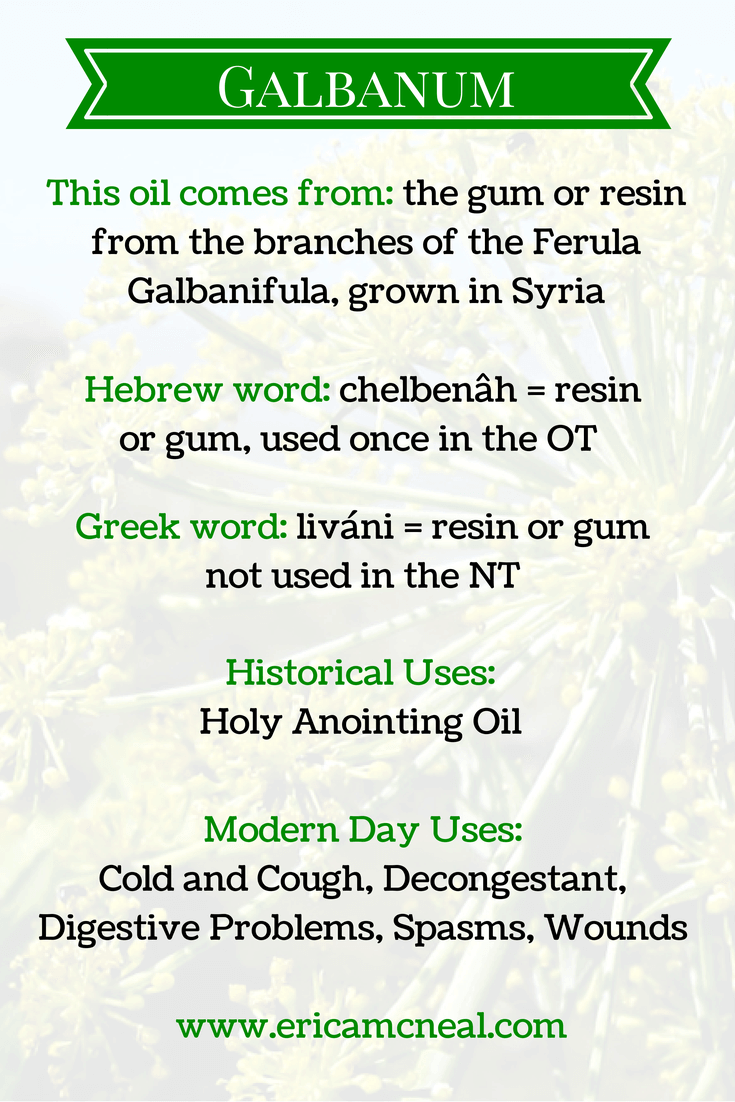 Galbanum trade has been going on since the old and new Testaments. It was sourced largely from Mesopotamia and Turkey. Today, these countries continue to be major producers. Galbanum is not known to grow in Israel, and the Israeli plant’s database does not mention it. This supports the theory that galbanum was imported into the region, like many spices referred to in the Old and the New Testaments. Galbanum was exported from the galbanum production regions of Mesopotamia, Asia Minor, India, China, Israel, the Mediterranean, and Egypt.

Resin is harvested from trees in the wild. The collected gum is sold in village markets, where galbanum traders sell it to wholesalers who export it to processing units, mostly in Europe and the United States. The largest producer of gum resin is Iran, at about 15 metric tons (FAO 2006). Turkey also produces substantial quantities of galbanum, but accurate estimates are difficult to obtain as most data are aggregates of multiple commodities.

There are two varieties of resin. Persian galbanum is soft. Its yellowish tears are honey-like, viscous, translucent, and yellow to red. It is used in incense and fragrance making. Levant galbanum is hard. The exudate lumps can be broken readily. The crude gum contains “foots,” the trade name for gum with impurities of sand, water, insects, and wood chips.

The product is purified by straining during the summer. Steam distillation yields 15–25 percent oil. A 40–50 percent extract can be obtained by solvent extraction, producing a resinoid. Pourable grades of the resinoid are obtained by extracting the crude gum with a perfume diluent, such as diethyl phthalate or benzyl benzoate. The yields vary, depending on the quantity of “foots” in the gum. Levant galbanum is mostly used in pharmaceuticals and industrials.

Although galbanum resin and oil are used to flavor food, including baked goods, candy, and ice creams, its main use is perfume. Perfumers use galbanum as a strong top note in “green” fragrances and as a base note in combination with musk and chypre elements, such as oak moss and pine.