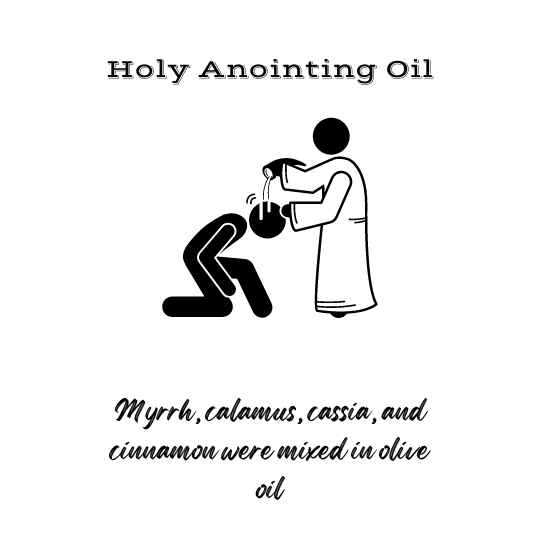 As one of the most researched of ancient literature, the Bible is a window into the life and practices of the people who lived in Israel and the bordering nations of Egypt, Mesopotamia, Greece, Rome, and Judea. The Bible and other texts from that time offer a broad view of life from about 1300 BC onwards, including accounts of global trade, commerce, science, food, medicine, and culture. The Jewish people, who were the original writers of the Bible, had lived in all the major ancient civilizations except China from 3000 BC onwards. Archaeological and documented history suggests that Jews lived in harmony with the Egyptians during the time of the pharaohs and subsequent conquerors of Mesopotamia, Rome, and Persia. Simon Schama, in his book Story of the Jews, describes the life of Jews during the pharaonic times.

The original text of the Bible was perhaps written in Hebrew and Aramaic and later translated into Greek. The first verses in the Old Testament may have been written around 1875 BC when it is said that Abraham was called to Canaan (modern Lebanon).

Like other religious scriptures, the Bible emphasizes the importance of plants: “And God said, Behold, I have given you every herb bearing seed, which is upon the face of all the earth, and every tree, in the which is the fruit of a tree yielding seed; to you, it shall be for meat” (Genesis 1:29). Herbs and spices had immense value and were given as gifts to kings and as a tribute to temples. Queen Sheba and others brought gifts of spices and precious commodities to King Solomon and other rulers: “And she gave the king 120 talents of gold, large quantities of spices, and precious stones. Never again were so many spices brought in as those the queen of Sheba gave to King Solomon” (1 Kings 10:10). The use of herbs and spices to flavor food is also mentioned in the Bible: “So heap on the wood and kindle the fire. Cook the meat well, mixing in the spices and let the bones be charred” (Ezekiel 24:10).

Herbs and spices had religious significance. The Bible describes rubbing Jesus’ body with herbs and spices: “Taking Jesus’ body, the two of them wrapped it, with the spices, in strips of linen. This was by Jewish burial customs” (John 19:40). Herbs were used in incense, cosmetics, and perfume. The concentrated Jewish incense, Ketoret, is described in the Talmud and used to prepare the Jewish temple for worship. Ketoret contains 11 ingredients: balsam (or stacte), onycha, galbanum, frankincense, myrrh, cassia, spikenard, saffron, costus, aromatic bark (perhaps cedar), and cinnamon. Inevitably, these valuable commodities became associated with wealth, such as that of Hezekiah, the 13th King of Judah (c. 715–686 BC): “Hezekiah had very great wealth and honor, and he made treasuries for his silver and gold and his precious stones, spices, shields and all kinds of valuables” (2 Chronicles 32:27).

In Judaism, the tabernacles (i.e., the Jewish sanctum sanctorum) were anointed with scented oils. This practice dates back to Moses’ exodus from Egypt (c. 1875 BC). Anointment of the head with oil was forbidden to all except the clergy, though the practice was eventually extended to kings and emperors. Many of the plants and herbs used in these ceremonies were imported at great cost from India and Africa, whereas others were locally produced. The Holy Anointing Oil contained pure olive oil and four spices: myrrh, cinnamon, cassia, and calamus. The specific composition is as follows: myrrh, 500 shekels (about 1 gallon); cinnamon, 250 shekels; calamus, 250 shekels; cassia, 500 shekels; olive oil, one hin (almost 11/3 gallons). Exodus and other verses of the Old Testament have used the words “sweet” and “pure” when referring to these spices. Scholars have interpreted sweet to mean fragrant and pure to mean high clarity and quality.

Christians adopted the practice of anointing the liturgy with holy anointment oil, as described in the following verse about the anointment of the Messiah: “Even though I walk through the valley of the shadow of death, I fear no evil, for You are with me; Your rod and Your staff, they comfort me. You prepare a table before me in the presence of my enemies; You have anointed my head with oil; My cup overflows. Surely goodness and loving kindness will follow me all the days of my life, And I will dwell in the house of the LORD forever” (Psalm 23:4–6). Unlike Judaism, anointing with oil is not obligatory for Christians. The New Testament makes only four references to the use of oil. In Mark 6:13, the disciples anoint the sick and heal them. In James 5:14, church elders anoint the sick with oil for healing.

This series of articles will focus on the four herbs in the Holy Anointing Oil: myrrh, calamus, cinnamon, and cassia. These plants contain gums or resins, which help protect the plant body. When the plant is injured, the gums and resins exude from the stems, branches, and rhizomes (underground stems). They seal the wound and prevent pathogenic bacteria and fungi entry as they harden. These gums and resins are also collected for use in herbal preparations. Harvesting gums and resins can be done in several ways, all of which result in wounding the skin and revealing the gum-containing channels below the bark. Gums and resins are protective substances contained in the plant body. They exude out of the stems and branches and the underground stem, called a rhizome when the plant is injured naturally or artificially. They cover the wound and prevent bacteria and fungi entry into the plant. Repeated depletion of gums and resins by tapping the plant for commercial and other purposes leads to loss of plant vigor and reduction in the plant’s life span.

Published in On Jewish Matters Magazine