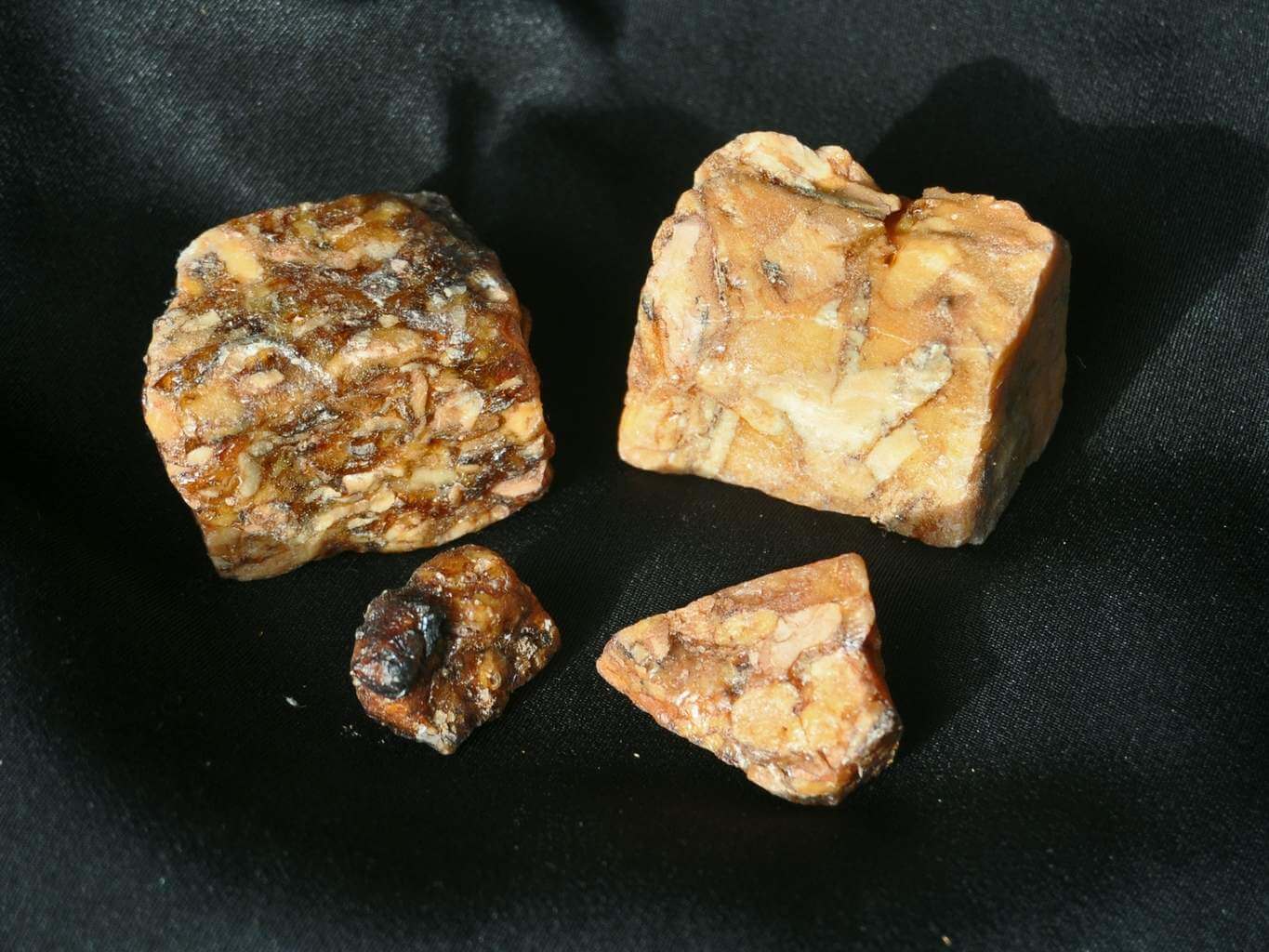 Stacte holy incense, known in Hebrew as nataf, is one of the four ingredients in Holy Incense referred to in Exodus 35:34. As with most Biblical and other religious references to herbs and plants, the botany of the plant from which the spice, incense, or medicine was extracted has been a matter of considerable debate and discussion. In this case, some say that stacte is another name for myrrh. Both are gum exudates collected in the form of tears. Scholars have referenced Herodotus and Pliny to support this claim. The plant grew in the Mediterranean. Pliny mentions it in his Book XII of Natural Historia. In Book LV of Natural Historia, he states, “The Syrians value this gum highly, and use it medicinally as a demulcent in pectoral complaints, and also in perfumery.” Perhaps this fragrant gum was collected in the same manner as myrrh, or maybe it was another tree gum called tragacanth.

Given the lack of archaeological evidence regarding the source of stacte, we must rely on circumstantial evidence. Pliny mentions that stacte was found in the region that is now Syria. Herodotus notes that different kinds of “storax” were actively traded during his time. Storax was an aromatic spice used as incense and in medicine. An Egyptian perfume formula from 1200 BC consisted of “Storax, Labdanum, Galbanum, Frankincense, Myrrh, Cinnamon, Cassia, Honey, Raisins” (Keville and Green, 2008) Rosenmeuller (1840) records that “the Greeks also called stacte, a species of Storax gum, which Dioscorides described, as transparent like a tear, and resembling myrrh.” From 500 BC to 1000 AD, an active trade in spices existed between the Arabia Peninsula, India, Malaku (modern-day Indonesia), northern Africa, Greece, Rome, and Israel. It is probable that stacte, referred to as one of the ingredients in the Holy Incense mentioned in Exodus 30:34, could be storax. However, it is highly unlikely that it is synonymous with myrrh, as there are extensive references to myrrh throughout the Old and the New Testaments, and it is thus unlikely that myrrh and stacte would be used interchangeably.

Another contender for stacte is species belonging to the genus Styrax. Styrax benzoin, Styrax benzoides, and Styrax tonkinensis are three species found extensively in Malacca in modern Indonesia. They all are sources of pleasant-smelling gum. S. benzoin gum is used as incense in churches and mosques today. The popular name for this oleoresin is gum Benjamin. According to Wikipedia, benzoin probably derives from the Arabic luban jawai (Javan frankincense). Styrax is still used in the Middle East as an air freshener. Maybe, as Dioscorides said, multiple types of storax or Styrax were traded in the region. It is, therefore, likely that the stacte-like frankincense came from various plants.