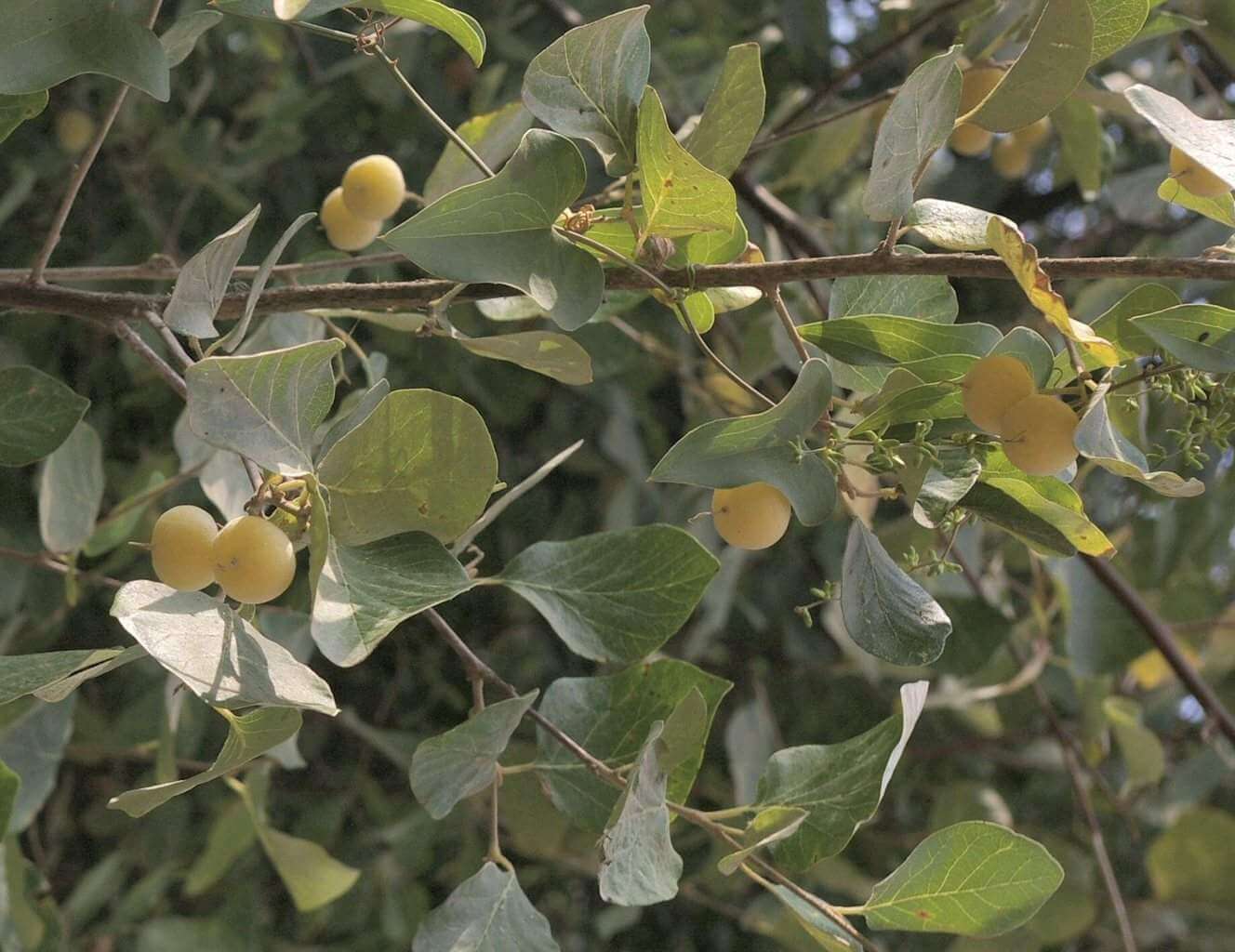 Styrax officinalis – (common name styrax, storax, or stacte,) in the Bible inhabits eastern Mediterranean countries across Italy, Turkey, and Israel. A styrax variety also grows in California in the United States. In Israel, styrax grows in the Judean and Samarian mountains on Mount Carmel, Herman, Upper Jordan, and other northern valleys. Styrax is often shrub-like but is classified as a tree and can grow to five meters in height. The tree can reach up to 20 feet in height, with a trunk up to 1 meter in diameter. The leaves are alternate, simple, and ovate-oblong.

It is a member of the Styrax family and is known for its fragrant flowers and resin. Flowers are white, bell-shaped, fragrant, and bloom in clusters. The fruit is a drupe.  This deciduous tree has white flowers that emanate a citrus fragrance, attracting many bees and insects. The smoke from the tree is aromatic but toxic. It inhabits dry, rocky slopes in woods, thickets, and near streams.

The resin of S. officinalis, also known as storax, is used in perfumes, incense, and traditional medicine. It has been used for centuries as an antiseptic, expectorant, and anti-inflammatory agent. It has also been used to treat skin conditions and promote wound healing.

The Israeli species does not yield resin. Some claim that the absence of resin in the Israeli varieties is a consequence of genetic changes, but there is no evidence to support this theory. Seven of the eight ancient Greek Hymns of Orpheus mention storax 13 times, slightly fewer than the most popular aromatic spice, frankincense. Storax was likely a highly valued aromatic resin. The essential oil produced from S. officinalis seeds in Turkey is used in some Roman Catholic churches in Europe.

Moses is said to have used a branch from the tree as a staff. Romans and others have used Styrax and benzoin balsams since ancient times (Gianno et al., 1990; Modugno et al., 2006) to treat chronic respiratory tract infections. The plant has therapeutic and pharmacological properties as a disinfectant and expectorant. Avicenna’s Law of Medicine indicates that styrax resin mixed with antibiotic substances and hardening materials is a good dental restorative material. The resin is a fixative in perfumes, fillers, and flavor enhancers in cosmetics and foods (Fernandez et al., 2003, 2006; Castel et al., 2006).

In medieval Europe, S. officinalis was used in producing perfumes and incense and as a medicinal plant. The resin was also used in preparing medications for respiratory and skin conditions and as a wound-healing agent.

It is important to note that although the tree’s resin has been used in traditional medicine, there is not enough scientific evidence to support its medicinal properties and safety. It is also not a common commercial crop and is not widely available.