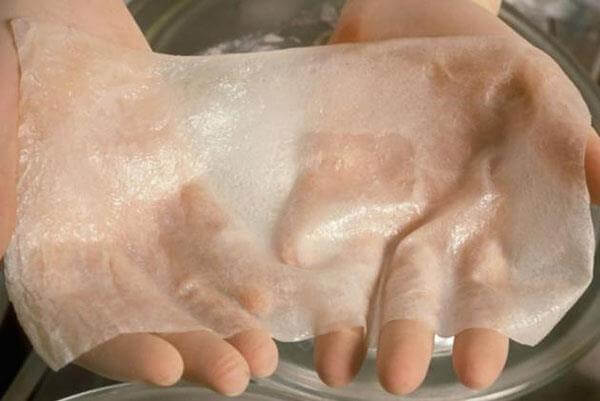 3D Bioprinters are now making it possible for us to print living cell tissue. This can be laid down and printed in exact detail with intact capillaries and other tissue components. This innovation makes it possible to conclude preclinical trials on human tissue faster and more efficaciously. This has led to a spurt in demand for 3-D cell tissue.  According to BCC Research, the need for this tissue is estimated to reach $2.2 billion by 2019.

New molecules and drug combinations require to be tested first on animals. Time-consuming but essential pre-clinical and clinical human trials follow these. Regulatory approval is accorded only on the successful conclusion of trials. The process is often known to take years. Patients, in the meanwhile, wait for that miracle cure that will lessen the weight of suffering.

BioBots.io is a startup that has developed an affordable 3D bioprinter. This is a Philadelphia, USA-based startup. The innovators have succeeded in manufacturing 3-D bioprinters that are being sold at $10000 a unit. Earlier, a similar device would have put you back by $200000. The startup began its journey in 2014.

Its co-founders, Danny Cabrera and Ricky Solorzano are geneticists and experts in regenerative medicine. These two are University of Philadelphia Graduates. I spoke to Danny Cabrera to get a perspective on their innovation and venture.

A bioprinter put prints a living 3-D tissue. Unlike any printing, the composition and design of the tissue that will be finally printed is the most complex part of the operation. It is a three-dimensional tissue model that lies at the heart of bioprinting.

The tissue model has to be in a three-dimensional format. A computer-aided design application is used to create that on the screen. This output is fed into the 3-D printer, which operates on three axes like any 3-D printer. However, there are two fundamental differences between a regular 3-D printer and a bioprinter.

The ink used herein is composed of living cell tissue injected with the help of a syringe. Further, it is critical that in the process of printing and setting, the tissue stays alive. Ultraviolet light used in regular 3-D printers would kill living tissue. Cabrera and the team have devised a new blue light innovation. When exposed to this light, the tissue remains alive during the print process.

The cell tissue printing raw material can be human tissue, like skin cells. Scientists have genetically modified and converted these into embryonic stem cells. Embryonic stem cells can convert themselves into any tissue. (Siddharth Mukherjee,  Gene 2016)

Danny Cabrera was reluctant to share details of the components of the ink being produced by his startup. He did mention, though, that collagen was one of the ingredients. I, therefore, surmise that, in all likelihood, the ink is produced from living cells.

Tissues printed by a 3D bioprinter require incubation for a period that can go up to three days. During this period, the tissue acquires density, shape, and maturity. A tissue can remain alive for at least six weeks. The actual printing process, though, takes about 30 minutes.

The current capability to bioprint living tissue is still quite restricted. Organovo, another Bioprinting and biotech company (www.organovo.com), bioprinting in 3-D format human liver tissue and mini-brains, all with neurons and vessels intact. I suspect a similar capability would also exist with BioBots 3D bioprinters.

Danny Cabrera and his startup BioBots have teamed up with research institutions, pharmaceutical companies, and cosmetic testing labs. These are the main clients of bioprinting firms. The firms buy these bioprinters and use them to bioprint tissues for testing and trials.

Cabrera said they would focus on further capability enhancement and manufacturing bioprinters in the future. Today the capability of printing tissue is still relatively small. Still, it is only a matter of time before innovation makes it possible to bioprint more complex tissues and organs.

As the technology of 3D bioprinter manufacturing matures, companies like BioBots will probably move into building new robotic hardware. Or, more likely, they will diversify into tissue modeling and leave the Bioprinter manufacturer to others. BioBots, in my assessment, has the potential to turn itself into a unicorn.

Living tissue 3-D printing will start on an industrial scale a few years later. This will greatly boost pre-clinical drug and other material testing requiring living tissue. Other applications and use cases will emerge in time. And startups like BioBots (http://www.biobots.io) will evolve to take innovation to the next level.