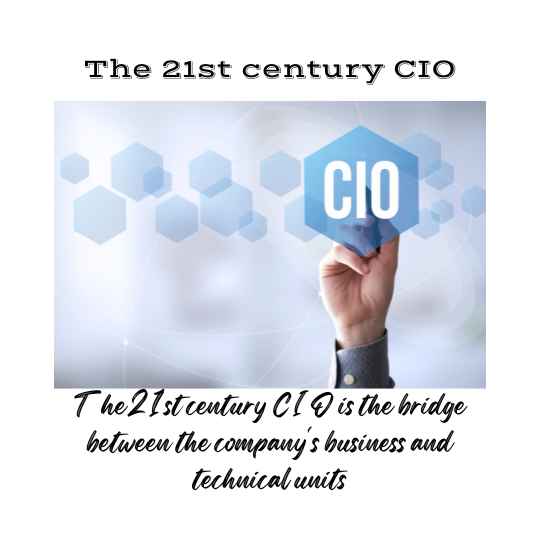 The role of the CIO in a company is rapidly changing. It is widely accepted now that information technology plays a major role in bringing about cost efficiencies and helping corporations to do more at less cost. This has been amply demonstrated in North America in the aftermath of the 2008 global financial crisis when companies’ bottom line not only stayed healthy but improved despite a drop in consumption. All this should have led to an increase in the profile and importance of the global CIO. However, we hear and see CEOs and CFOs taking all the credit and hogging the limelight without mentioning the CIO. Why?

In most companies, the CIO, although accepted as the technical guide to a company, often finds himself sidelined and inadequately consulted when major business decisions are taken. Maybe there is a case for the CIO to take a relook at his role and widen his skill sets or reset his thinking.

The modern-day CEO is a techno-savvy leader who expects the 21st-century CIO to take the weight off his shoulders when selecting the right technology for the company. The CEO is too busy providing leadership and direction to the company and is often desperate for a reliable work-sharing partner. He already has, in the CFO, a work partner who takes care of the finances and balance sheet of the company. With technology playing a critical role in business, he wants the CIO to come up to speed and handle the technology component of business independently.

With this intent, IT professionals with great capability and understanding of technology are appointed as the CIO of a company. These skills are deployed to select the best-in-class applications, networks, and solutions at the lowest cost for the company. But the CIO often gets too bogged down in his technology world, forgetting that the very purpose of the induction of technology in an organization is to improve business results.

Integration of business and IT is a complex exercise. How the CIO achieves such integration in a real-life situation is presented below. The components could differ from industry to industry, but the essentials are common. The business and IT integration paradigm model is based on a real-life example of a multinational corporation based out of the US. The CIO, in this case, is a critical and significant member of the decision-making team.

An organization brings about operational efficiency and excellence by focusing on four key components of a company:

MODEL FOR A TECHNO BUSINESS CIO

The 21st-century CIO seeks to integrate company business requirements and strategies with available technology solutions. To do so, he interacts with the key business stakeholders, understands what ticks them, and what are the pain points. Based on this internal requirement analysis, he prepares an IT strategy that he implements organization-wide. The CIO acts as the company’s business and technical consultant in many ways.

Such a role will require him to understand, strategize and create a business and an IT architecture that is put up before the IT service providers, who in turn then come up with the best solution available to them; when he does that, he finds his voice getting heard, and he starts feeling good about himself and his role. Many global CIOs have achieved this self-transformation, and others can follow in their footsteps.