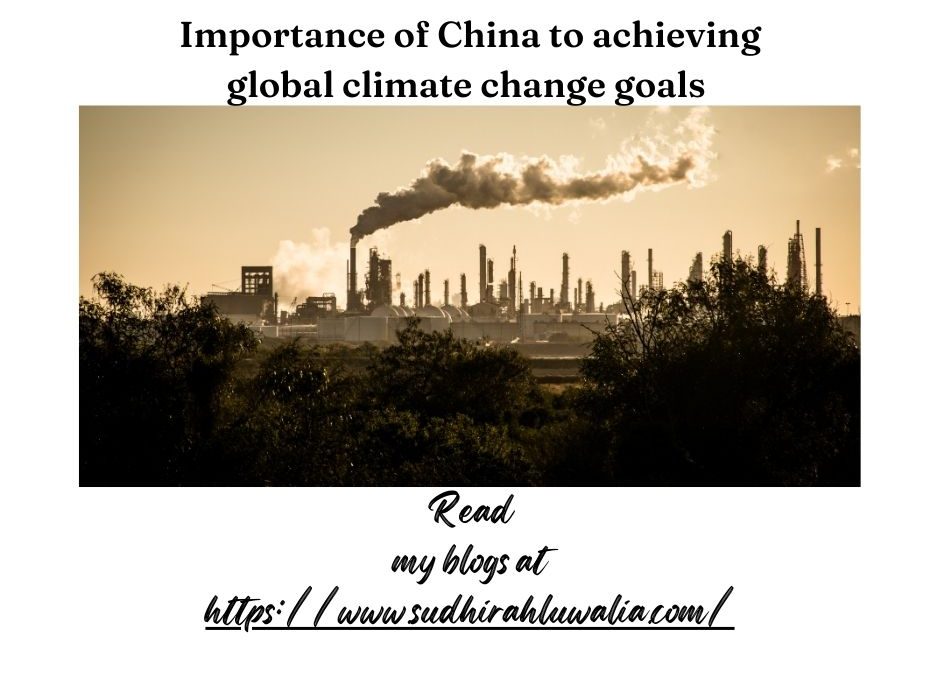 An international consensus on climate change finally emerged at COP 21 in Paris in 2015. 196 Parties agreed to limit global warming to below 2, preferably to 1.5 degrees Celsius, compared to pre-industrial levels. Countries decided to work toward reaching peak greenhouse gas emissions at the earliest. The Europeans and the USA want to achieve a climate-neutral level by 2050. The world’s most populous regions have set later than the mid-century net-zero target dates. China has announced it will reach the net-zero target before 2060 and India by 2070. Business will have to be active participants and will be critical to meeting climate goals.

The world requires China to achieve its climate change goals. China is the leading consumer of energy in the world. According to IEA published data for 2019, its

Contrast this with the other large economy of the world USA data:

The total energy production, electricity consumption, and Carbon dioxide emission of China far exceed that of the U.S.

To achieve the peak target in CO2 emissions before 2030, China is working to raise the share of renewables sevenfold between 2020 and 2060. It estimates that by 2060 renewables will account for 80 percent of the power produced. The primary energy source will be solar by around 2045.

If GHG emissions remain high, the rain will rise from 1 to 13 percent. Monsoon precipitation will increase particularly over South and Southeast Asia, East Asia, and West Africa, apart from the far west Sahel. The Food Policy Report of the International Food Policy Research Institute (IFPRI), 2009, has estimated that South Asia will be hit particularly hard. An additional 78 million people will be facing chronic hunger in 2050. Over half of them will be in Africa, south of the Sahara (IFPRI, 2021).

McKinsey estimates that investments of $275 trillion would be needed to achieve the Net-zero target by 2050. This investment will be to create new assets and decarbonize existing ones. The net-zero transition could lead to a reallocation of labor. Two hundred million direct and indirect jobs are estimated to be gained and 185 million lost by 2050.

The world cannot achieve its climate change goals without the participation and support of China.