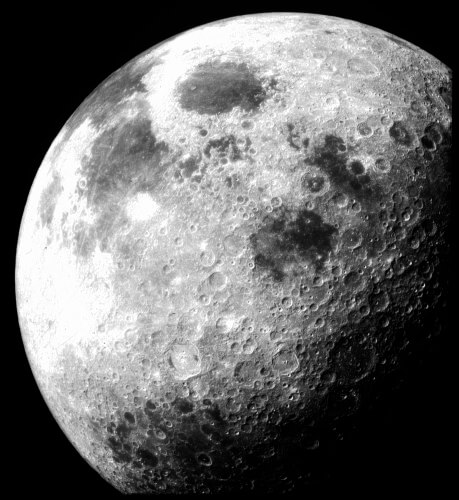 Google has announced a $30 million dollar prize for any private entrepreneur who builds a lunar lander, navigates it 500 meters on the lunar surface and sends high definition pictures from there back to earth. The deadline for achieving this feat is set at end of 2017. The aim is to encourage entrepreneurs to build a lunar craft that can commercially exploit the considerable mineral resources available on the moon.

The preliminary prize of $1 million for successfully testing a lunar craft prototype was won by Moon Express – a US based startup. Its co founder Navin Jain spoke at the Surge 2016 global startup event held in India.

In addition to Moon Express there are companies from sixteen countries competing for the Google prize.

Shackleton Energy Co is too building robotic space craft to be deployed to mine the moon and asteroids. NASA has been encouraging other private enterprises to invest into commercial space ventures.  Astrobotic Technologies based out of Pennsylvania and Masten Space Systems of California too have partnered with NASA to build robotic spacecraft.

Competing with Moon Express and other US corporations is the Chinese Chang E moon launch series craft. The Chinese hope to launch next Chang E 5 craft in 2017. This craft will land and return with 4 pounds of soil samples from the satellite’s surface. The landing site has been successfully surveyed by a Chinese lunar satellite.

The lure for exploring the planets in our galaxy is not restricted to just the Americans, Chinese and the Russians. The Indians too have successfully launched  lunar and Mars missions. Space ventures in general have three broad objectives – science, mineral exploitation and defense.

According to the Moon Express website, their lunar mission objective is to exploit the vast riches of gold, cobalt, iron, palladium, platinum, tungsten and Helium 3 said to be available on the moon.

Scientists are exploring the option of extracting water from the moon too. The lunar poles are said to hold substantial quantities of water. Splitting water will yield oxygen critical for survival of humans who may be required in the future to stay on the moon for extended periods.

Water can be used to refuel inter planetary craft. Ferrying supplies from the earth to distant planets is prohibitively costly. Moon is a potential next launch site for inter planetary projects of the future.

Helium 3 is available in substantial quantities on the lunar and asteroid surfaces. It can be used as clean fuel to power fusion nuclear reactors. Near zero radiation from Helium 3 power plants make building environment friendly, safe power an exciting prospect.

Scientists estimate that there is enough Helium 3 on the moon to fuel the earth’s estimated total energy requirements for a thousand years. Helium 3 is not available in any significant quantity on earth. The thin atmosphere on the moon permits Helium 3 contained in the radiation of the sun to stay trapped on the lunar surface. The earth’s atmosphere prevents this molecule reaching earth.

The moon and the asteroids are rich in rare earth minerals too. Multiple applications like developing new drugs in zero gravity conditions of space, building new alloys and materials are other exciting prospects.

The cost of space travel is likely to drop sharply in the future. Reusable space launch craft are in the advanced stage of development. Elon Musk’s Space X is close to making a break through. Advancements in information and other technologies are rendering hitherto expensive technologies and applications powered by these cheap. All this is making it possible for private business to look at space ventures as a investment destination.

The effort to commercially mine the moon and asteroids, though, raises some troubling questions. These relate to environment and geopolitics. After Naveen Jain’s interview at the Surge 2016 event, the environment question was raised upfront by some of my ex Indian Forest Service colleagues whom I met over dinner.

Mining the moon will devastate the lunar surface. The consequences of such action have not been adequately studied were the questions that were raised.

However, we know that neither the moon nor the asteroids are said to contain any major life forms. Comparing the two will not be therefore appropriate. The vast distances between these and the earth should also be enough to protect us on earth. However, in the event of man succeeding in building colonies on the moon and other planetary bodies the environment question will face us front and center.

The geopolitical question is more enduring and immediate.

In the event of major lucrative discoveries, it is highly likely that the major space exploring powers of USA, Russia, China and India could start bickering over these resources. The current protection lies in the UN space treaty that declares that moon is a territory on which no nation can lay claim. But will this prevent us from bickering over resources.

Human history and causes of conflict do not provide much comfort. It is probably best that nations should get into a serious dialog to address some of these concerns. Naveen Jain estimates that it will take eight to ten years to have a working mine on the lunar surface. We still have time to debate and build a consensus.

The US Congress, in preparation, has recently authorized companies to set up commercial mines on the moon. Other nations are likely to pass similar laws to provide legal backing to their individual space exploration efforts.

The battle for resources on the moon and other space bodies has just begun. It is a matter of time before fight for resources reach space. The moon may be the first future global space battleground.