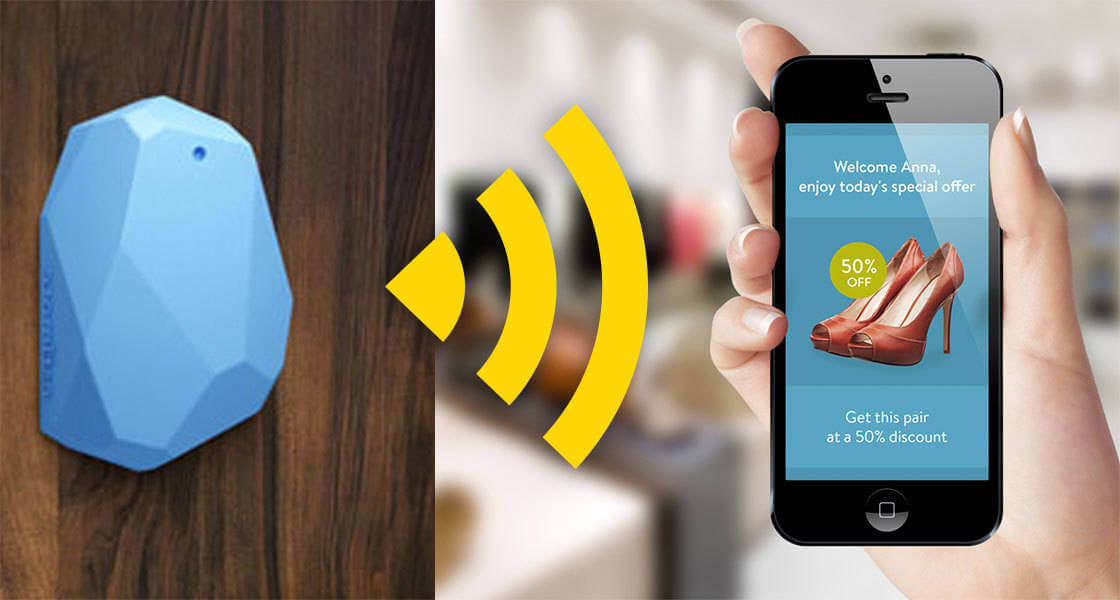 Short radio link beacon technology is now enabling last mile network connection in dark network areas. Beacon devices are low energy versions of blue tooth technology. They emit short radio signals that can be accessed by smartphone and other internet devices. The range of most beacons is still small – under hundred meters.

These small transmitting devices are often attached on walls in enclosed areas. Spatially distributed over an area, they will create a micro local area network. Any person with a locational feature device like a smartphone, iPad etc can sense beacons.

Apple in 2013 announced a protocol to govern communication between a beacon and a locational device, in this case an iPhone. The beacon device became known as iBeacon. Any device that comes in the range of an iBeacon will be able access the internet. This is limited to the catchment of the micro local area network.

As said earlier this is a Bluetooth technology. It is low energy and a device can last on a single button battery for two to three years. To get a connection one needs to switch on the Bluetooth feature on your iPhone.  iBeacons now can be accessed by both IOS and Android devices.

Google launched its own standard for beacons. They named it Eddystone. Both iBeacon and Eddystone standards do not accord full freedom to programmers and innovators to build new solutions. This, many believe is a major impediment to innovation.

Still multiple use cases have emerged using iBeacons and Eddystone protocols. Most of these revolve around pushing messages to customers visiting retail stores. As they come within the range of the network, messages on products and services are pushed on a smartphone. Airport based beacon networks are used to transmit flight and other information to visitors.

Developments in message encryption have been able to provide a fair degree of security to messaging riding on the beacon network. If an individual does not wish to receive messages, most applications permit users to switch off messaging too.  The choice of receiving messages or not is with a user.

A lot has been written on use of beacons in the above mentioned common use areas. I was looking for a different perspective and use case. I found one in one of the startups attending the November 2016 Web Summit Lisbon event. This is an Italian startup – Quibee. They are using iBeacons network in content publishing.

I was curious to learn more. I spoke to Quibee Founder Luca Bona over skype. Bona is deploying iBeacon networks on cruise boats operating in Italy. Ferries and cruises are very popular mode of transport for both locals and visitors alike.

Ferries operate in areas where telecom network is not available. With the world so dependent on the internet Bona has deployed the technology to connect people on ferries and cruise ships. The venture has already secured contracts to build the iBeacon network on some of the major ferry operators operating in Italy.

Luca Bona has tied up with Italy’s largest media and publishing group of Italy RCS. RCS has seed funded Quibee. An app has been built that enables tourists to access RCS content on this closed network.

The choice of RCS group is particularly smart. According to the website of RCS group, 32 percent of its business comes from international markets in particular from Spain, Portugal, USA, China, UAE and South America. The tie up with RCS will help in taking Quibee beyond Italy.

The cost of iBeacons is quite low – around a Euro. Networks can be created quite cheaply. The Quibee app is simple. The task was outsourced to a local software developer. The first product from the Quibee stable was rolled out in June 2015 one year after its incorporation. The venture broke even in 2016. Luca Bona told me that they are considering incorporating his venture in the UK and later in the US.

I got a sense, during my conversation with Bona and other European startups that they find UK, when compared to mainland Europe, a more attractive market and easier place to do business. Bona told me that it was tough to access venture funding in Europe. He is looking at Israeli and US investors for further infusion of funds into the venture.

Bona appears to be ticking all the right boxes critical for success of a startup. The business idea has mass appeal, the venture has focus and the Founder clearly is providing the right leadership.

However, the weakness probably lies in the technology platform. iBeacon and even Eddystone technology, as stated earlier are not free to innovators to innovate.  Micro local area network technology has its limitations in high speed data transfer too.

But it is also true that both Apple and Google have deep pockets, are investing heavily in research and development and will be building on the existing technology. Both Apple and Google are putting in substantial efforts in artificial intelligence and other next generation technologies. It will be matter of time when beacon networks will be able to integrate these advancements.

But, I believe that the tech community would be well served if emerging technologies like this one is built on open standards. This will not just democratize technology development but will give a spurt to innovation that, we have seen repeatedly, grows out of garages than out of multibillion, multinational giants even though they may be Apple and Google.