Why is Aegle marmelos worshipped as a sacred tree by the Hindus? 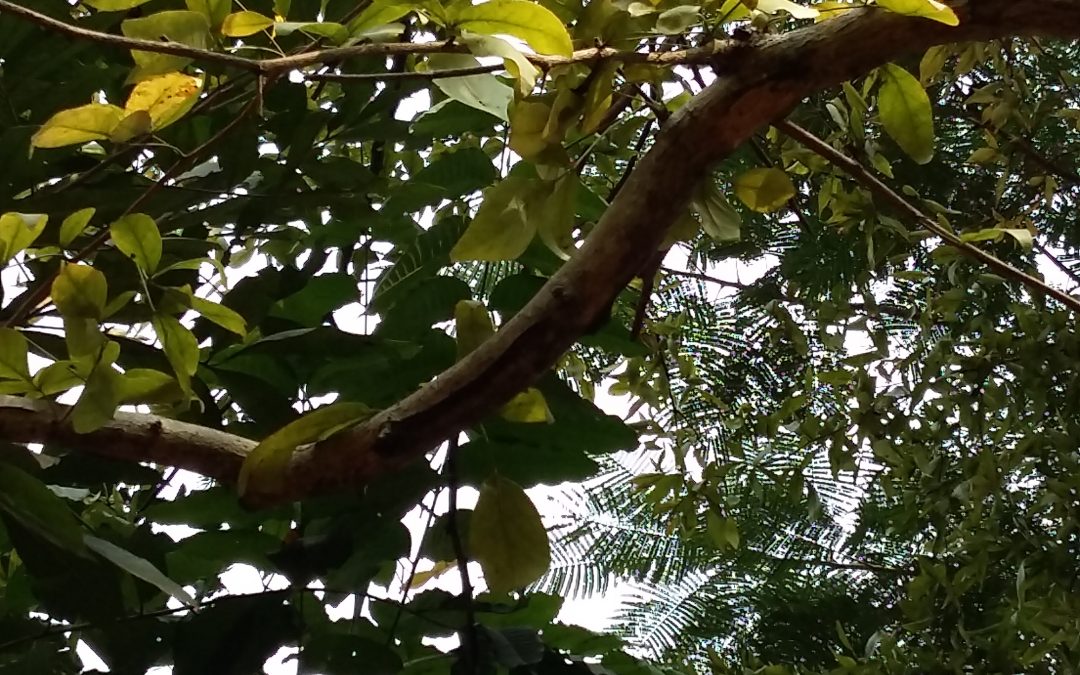 Aegle marmelos, common name bael, wood apple, is of immense religious significance to Hindus. Leaves and fruit are offered in worship to Shiva, one of the gods of the Hindu Trinity. Hindus believe that Shiva resides in the Bael tree. The trifoliate leaves of the species are said to represent the three eyes of Shiva.

The Chinese Buddhist pilgrim, Xuanzang, who traveled extensively in India (6th century AD), mentions the Bael in his chronicles.

The species is found in South and Southeast Asia. In India, it thrives in dry deciduous regions. It can survive a wide temperature range from -8 to 48 degrees Celsius.

The tree is usually grown near temples and rarely felled for timber or firewood. It is valued more for its fruit and other properties. The wood is yellowish or grayish-white. It is a hardwood tree. It takes fine polish and can be used in furniture and as small timber. The tree rarely acquires girth beyond one meter in diameter.

In India, twigs are used as a natural toothbrush. Other herbs used in this manner include Acacia nilotica (common name: babul) and Azadirachta indica (common name: neem) trees. Chewing on these cleans the teeth and freshens the mouth.

The juice from the leaves helps remove foul odor from the body when applied before taking a wash. The unripe rind of the fruit yields a yellow dye. Along with myrobalans, the dye is used in calico printing. The fruit pulp has detergent properties and can be used as a substitute for soap. The stem yields a non-edible gum that can be used as an adhesive.

In Thailand and Indonesia, tender young leaves and shoots are used as vegetables. An infusion of the flowers makes a cooling drink. The fruit casing is woody and hard and must be hammered open. Inside the ripe fruit lies a sweet pulp rich in fiber, calcium, potassium, phosphorus, iron, minerals, and vitamins A, B1, C, and riboflavin.

The ripe fruits of wood apples are sold in markets across India. During the summer months from May to July, when dry, hot winds blow across the plains of North and Central India, a refreshing drink from the sweet pulp of the fruit mixed with sugar and water relieves the body. Heat strokes and dehydration are common during this period, making the fruit a popular cooling drink.

The fruit is a home remedy in cases of dyspepsia, indigestion, acidity, nausea, and other forms of abdominal discomfort. The divinity attributed to this tree could be partly because of its multiple medicinal, nutritional, and other properties.

Here is a reference for those who want to learn more about the tree and other sacred trees.