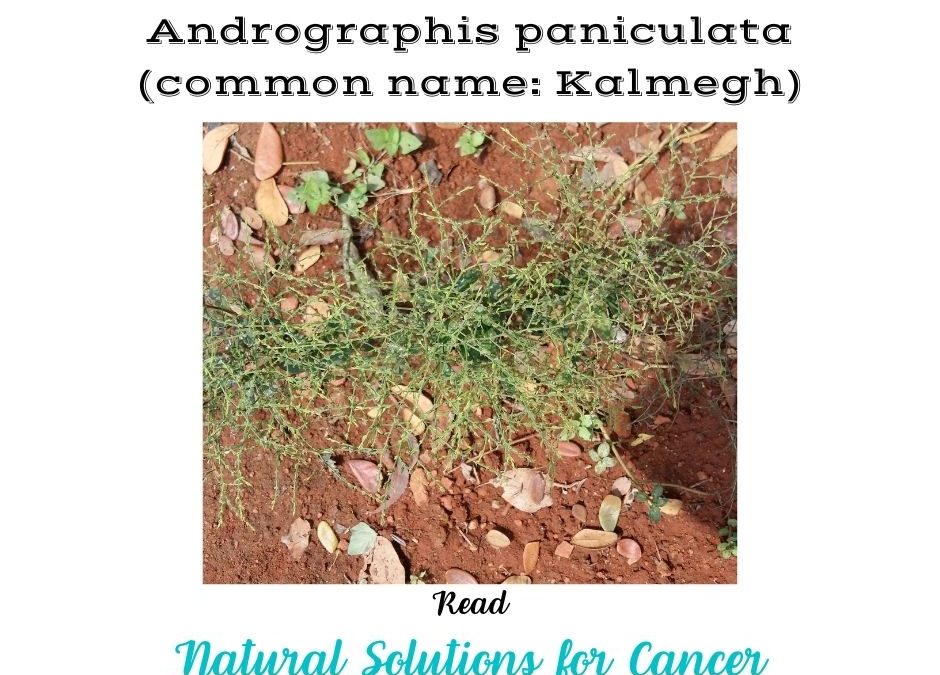 Andrographis paniculata (Kalmegh) is a small herb/shrub native to Southern India and Sri Lanka. It is believed to be an introduced species in Southeast Asia, the rest of India, and elsewhere. The plant grows to a height of 30–110 cm, bearing small white flowers with purple spots arranged in racemes. The species belongs to the Acanthaceae family. The fruits are 2 cm long and a few millimeters wide in capsules.

Andrographis paniculata (Kalmegh), the medicinal plant, is well-regarded in ancient Indian medicine systems such as Ayurveda, Siddha, and Homeopathy. It is also used in Chinese and Thai herbal medicine systems. There is a reference to Kalmegh in Charaka Samhita, which was probably compiled between the 1st century BC and the 2nd century AD.

In India, Kalmegh is one of the bitterest plants used in medicine. Its traditional medicinal properties include anti-inflammatory, antiparasitic, hepatoprotective, anticarcinogenic, antidiarrheal, and anti-HIV roles. These properties are attributed to its active ingredients, andrographolide, and neoandrographolide. These are derivatives of diterpenoids. The molecules are said to prevent oxidative damage and inhibit the binding of toxic metabolites to DNA (Kumar et al., 2012).

Lim et al. (2012) and many other scientists have studied the anti-cancer properties of this medicinal plant – Kalmegh. There is a lot of scientific literature supporting the anticancer potential of this plant. In TCM, it is said to be actively used as an anticancer herb. Most of the scientific validation of the medicinal properties of this plant is still at an experimental stage. As far as I could gather, no human clinical trials appear to have been undertaken and taken forward to prove the efficacy and safety of its medicinal properties to enable the molecules to be taken up for drug development.

The anti-cancer property is attributed to andrographolide and its analogs. The anticancer potential of andrographolide molecules found in Kalmegh has also been verified by experiments conducted by Rajagopal et al. (2003) and Chavhan (2010).