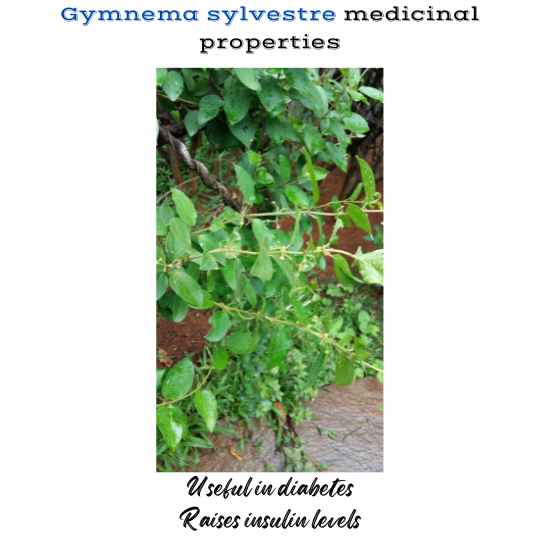 The common name of Gymnema sylvestre is the Australian cow plant. In Ayurveda, the plant is referred to as gurmar.

The leaves of the plant are bitter and are also called by the name ‘sugar destroyer’ in India and China. The plant is mentioned for the treatment of diabetes in Ayurveda, African, and Traditional Chinese Medicine systems.