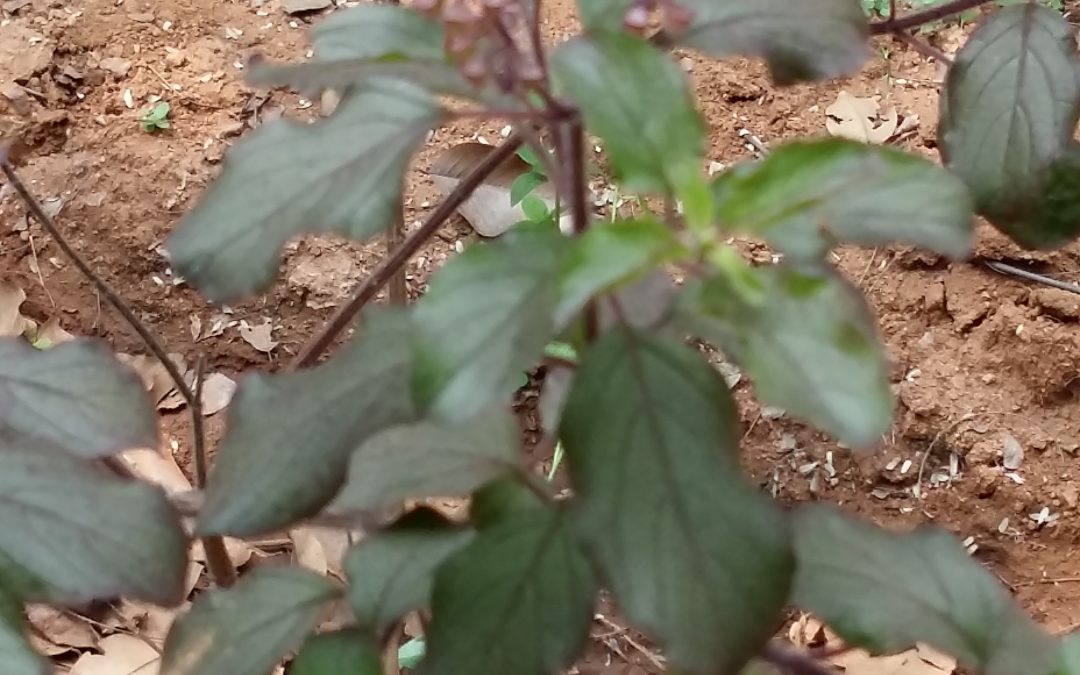 Let me present some verified facts on the medicinal properties of Holy basil, botanical name Ocimum tenuiflorum. Holy Basil, or tulsi, is an aromatic plant revered by Hindus. The herb occupies a place of pride in most Hindu homes’ center courtyards. It is not uncommon for Hindus to keep a tulsi plant in a pot, even in high-rise apartments these days, indicating the reverence it commands.

Some describe the plant as “The Mother Medicine of Nature,” and it is referred to as such in ancient Hindu literature. Every part of the plant is fragrant—the leaves, seeds, and flowers. When in bloom, the fragrance of the tulsi is keenly felt. The plant seeds profusely. Natural regeneration is profuse.

There are three varieties of plants. Two of these are named after the Hindu gods Krishna and Rama—Krishna Tulsi and Rama Tulsi. The former has purple-tinged leaves, and the latter is mostly green. A third variety—Van Tulsi (“van” in Sanskrit means “forest”)—grows in the wild. All three varieties have similar aromatic and medicinal properties.

The herb is mentioned in Charaka Samhita. There are monographs of O. tenuiflorum published in the Ayurvedic Pharmacopoeia of India (Vol. II, 1999, and Vol. IV, 2004), Unani Pharmacopoeia of India (Vol. V, 2008), Thai Herbal Pharmacopoeia (Vol. I, 1995), Vietnamese Pharmacopoeia (1st ed., 1983), and World Health Organization (WHO) Monographs (Vol. 2, 2002). Most of these medicine systems recommend using the Holy Basil to treat arthritis, respiratory ailments, fever, influenza, stomach ailments, etc. Tulsi is a common ingredient in many Ayurveda and Unani medicines.

In the US, holy basil is permitted in dietary supplements. Its use in cosmetic products is included in the European Commission Health, and Consumer Directorate lists under the “permitted” category. The plant extracts are used in skin-conditioning, emollient, and hair-conditioning products.

The antioxidant properties of tulsi were observed by Subramanian et al., 2013) and), who also observed that it caused a reduction in oxidative stress in the brain. Tulsi was noted to have an amelioration property when the sciatic nerve was cut to induce neuro dysfunction in rats (Muthuraman et al., 2008). This property could have value in finding treatments for the dysfunctions caused by nerve damage.

This is just a brief overview of the medicinal properties of this plant. For those who are interested in knowing more, here are some references: