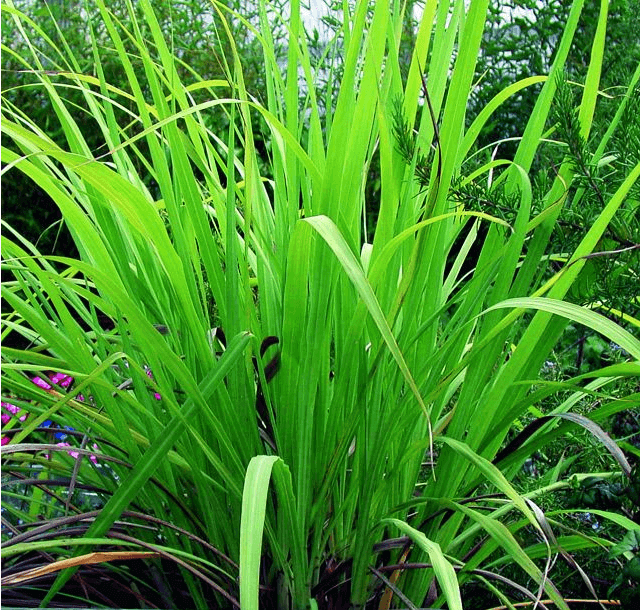 Palmarosa grass common name of Cymbopogon martinii, looks similar to lemongrass. It is a tall grass (1.8 to 2.4 meters) found in wild areas of southern Asia, the Middle East, Africa, Australia, and Latin America. It is widely cultivated for its essential oil. The oil was imported from India to Constantinople (modern-day Istanbul) and Europe until the 18th century for use in soaps and perfumes.

Before the 1990s, India was the only producer and exporter of palmarosa grass oil, reduced by steam distilling the aromatic grass and is more than 80 percent pure. Essential oil yields vary from 1 to 1.5 percent. As production of palmarosa improved in Brazil, Guatemala, and Colombia, the quality of oil produced in these areas surpassed that of Indian palmarosa. Synthetic substitutes have also adversely affected production. Today, the major importers of palmarosa oil are the United States, Europe, and Australia.

The two major varieties of palmarosa grass species are C. martinii var motia and C. martinii var sofia. Both yield palmarosa oil (motia oil and Sofia oil, respectively). Though similar, motia oil is the preferred variety. Sofia oil is also called ginger grass oil. The essential oil is fragrant and smells like roses, so it is sometimes used as an adulterant in more expensive rose oil. The oil is a pale yellow to yellowish green and has a thin consistency. It blends well with geranium, bergamot, rosemary, lime, and ylang-ylang oil.

Harvesting for manufacturing essential oil should be done seven to ten days after the flowers open, with the best oil yield from fully open flowers. The grass is cut about six inches above the ground and harvested four times per year. The highest oil yields are achieved in the first four years, at which point it is normally recommended to replant the grass. The harvested grass is dried in the field for a few days and then stored in the shade to reduce its weight by half and thus make distillation and transport more efficient.

Medicinal uses of Cymbopogon martinii. Ayurvedic healers have used this grass to treat respiratory (e.g., cough, cold, bronchitis, asthma) and digestive disorders (e.g., flatulence, dyspepsia). The species possesses neuroprotective properties, so it is used to treat depression and other neurological disorders. It is also regarded as a general immunostimulant for the endocrine system, uterus, and heart.

In aromatherapy, palmarosa grass oil is considered to uplift the mood, reduce stress, soothe the nerves, and create a sense of well-being. C. martinii is a powerful antioxidant. The essential oil is used in Chinese aromatherapy to treat the inflammation that causes chronic pain, rheumatism, and indigestion. Its antimicrobial, antifungal, antiviral, and antibacterial properties have been demonstrated in animal trials (Lawrence et al., 2012). The essential oil of C. martinii (palmarosa grass) is used in perfumes, soaps, shampoos, tobacco, fragrances, and massage and bath oils. Additionally, several mosquito repellents are manufactured using palmarosa oil because of their effectiveness against malaria-causing mosquitoes.