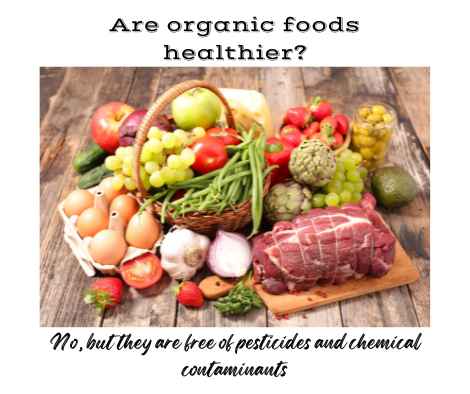 Are organic foods healthier is an oft-asked question.

A comparison of the nutritional value, sensory qualities, and food safety of organically and conventionally produced foods were made. Except for nitrate content, there is no strong evidence that organic and conventional foods differ in various nutrients or contaminants (Bourn et al., 2002).

On the other hand, a nutritional quality comparative assessment study for fruits, vegetables, and grains raised in organic and conventionally grown crops showed that the former contained significantly more vitamin C, iron, magnesium, and phosphorus and considerably fewer nitrates (Worthington, 2001).

162 studies, of which 137 examined nutrient quality in crops and 25 livestock products, were analyzed. Conventionally produced crops had a significantly higher nitrogen content, and organic crops had a higher phosphorus content and higher titratable acidity. The scientists also noted no evidence of a difference in nutrient quality between organically and conventionally produced foodstuffs. Small differences in nutrient content between the two could be related to differences in production methods (Dangour et al., 2009).