Some little known facts of coriander 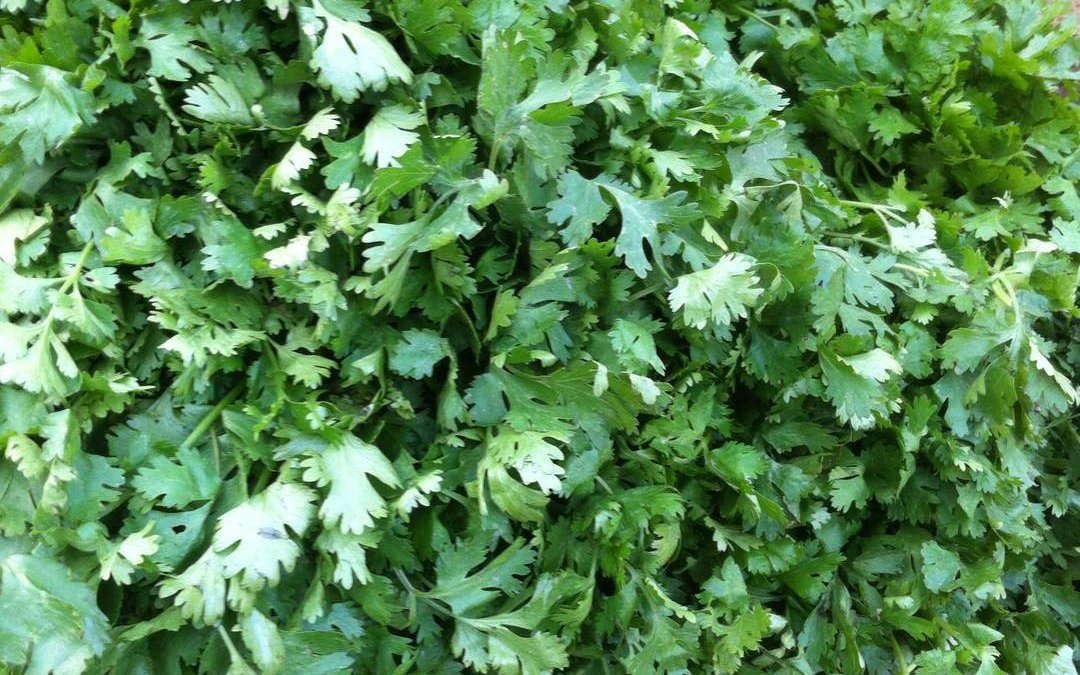 Coriandrum sativum (coriander) belongs to the Apiaceae family. The characteristic smell of the green plant is caused by aldehydic compounds (terpenes, linalool, and pinene). The leaves and seeds are rich in calcium, magnesium, manganese, iron, and vitamin C.

Coriander produces a considerable quantity of nectar that attracts insects, bees, and moths. Luk’janov and Reznikov (1976) find that honeybees can have up to 500 kg of honey from a hectare of coriander. Van Harten (1974) argues that the Jews knew about coriander before they came to Egypt around 2000 BC. Coriander, which grew in Egypt and Sudan, was one of the bitter herbs used to celebrate Passover.

Coriander seeds were found in Egyptian tombs (c. tenth and ninth centuries BC), including Tutankhamun. References to coriander as a medicinal plant appear in the Ebers papyrus and tablets recovered from the destroyed library of Ashurbanipal (c. seventh century BC). In China, where coriander was probably imported via the Silk Route, the earliest mention appears to be in the fifth century AD (Li, 1969).

The white blooms of the species have attracted mentioned in the Bible. In the Bible, the spice is compared to manna, a gum exudate that was a source of sustenance for the Jews during their exile from Egypt.

The plant is a popular spice in cuisines worldwide. The leaves and seeds are often ground into a powder and used as a condiment. In India, coriander has been in use perhaps as long as it has in Egypt. It is an essential spice in Indian homes and is used in curry powders, pickling spices, baked goods, meats, fish, and tobacco products.

In Ethiopia, coriander adds flavor to berbere, a spicy pepper blend used in meat and vegetarian dishes (Fossil, 1996, pers. comm.). Coriander also flavors alcoholic beverages like gin and is said to enhance the inebriating effect. The famous Russian rye bread Borodinskij chleb is spiced with coriander. In China, the roots are used in cuisine.

In addition to these properties, the spice is known to possess medicinal properties,s many of which have been subjected to modern scientific scrutiny. To learn more about herbs and natural products you can browse through the selection of books here.