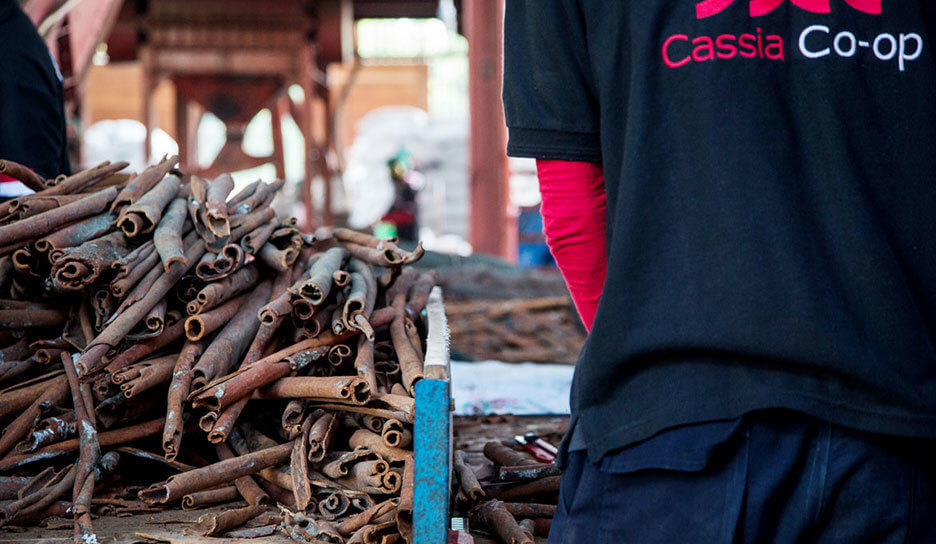 Cinnamomum burmannii grows in the wet evergreen forests of Indonesia, Malaysia, and the Philippines. It yields a cheaper variety of cinnamon, popularly called Indonesian cassia. This shrub reaches a height of about seven meters and is harvested at five years of age. In crops, it can survive for about 20 years, and probably lives longer in the wild.

The bark and leaves are used in cuisine, processed food, confections, and drinks. The bark is sold in quills, and the quill of Indonesian cassia has a single and thicker layer compared to true cinnamon. Cassia is quite popular in the United States, where it is used extensively in commercial baking. It is cheaper than Chinese cassia (C. cassia) but lacks depth of aroma.

The chemical constituents of C. burmannii are similar to other cassias and include cinnamyl alcohol, coumarin, cinnamic acid, cinnamaldehyde, anthocynin, and essential oils together with constituents of sugar, protein, crude fats, pectin, and others.

Coumarin, as previously mentioned, is toxic to humans when ingested regularly. Prolonged use can cause liver inflammation and jaundice. The maximum recommended daily intake of coumarin is 0.1 mg per kilogram of body weight, and 1 teaspoon of cassia powder contains between 6–12 mg coumarin. Thus, the European Food Safety Authority limits the quantity of cassia that can be safely ingested.

Medical uses of Cinnamomum burmannii. The medicinal properties of C. burmannii are similar to those of other cassia species. Studies show that the leaf contains 0.4 percent essential oil, consisting of cinnamaldehyde (45–62 percent) and eugenol (10 percent). The leaf is also rich in monoterpenes and sesquiterpenes.

The plant has been shown to possess analgesic, anti-inflammatory, anticoagulant, antibacterial, antifungal, antidiabetic, antitumor, antithrombotic, and antirheumatic properties. The powdered bark is traditionally used for the treatment of nausea, flatulent dyspepsia, coughs, chest complaints, diarrhea, gripe, and malaria. Studies have indicated that its active anti-inflammatory component is trans-cinnamaldehyde.

In animal studies, Indonesian cassia has been shown to be effective against a range of bacteria, such as Escherichia coli and Staphylococcus aureus. Similar studies have found anti-inflammatory, analgesic, and antidiabetic properties.

Chewing gums containing Indonesian cassia were found to possess antibacterial properties, and the species is used to treat dental caries and periodontitis. Studies indicate that there is a prospect of use of the plant in treating nasopharyngeal carcinoma, though further trials are needed.