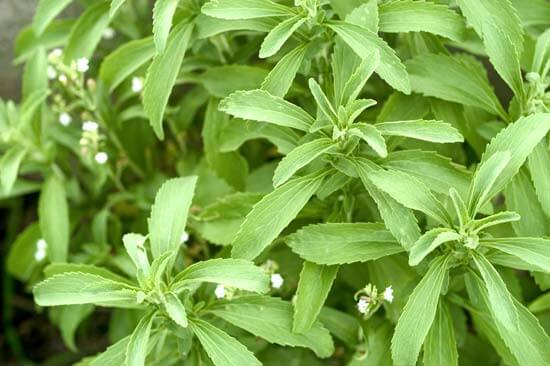 The global sweetener market is forecast to rise at a CAGR of 4.78 percent during the period 2016 to 2020. The US sweetener market alone is expected to exceed $45 billion by 2020. (http://www.rnrmarketresearch.com/contacts/purchase?rname=607547) As prosperity in the world rises, people are tending to eat more. Lifestyle diseases are growing in tandem. Solutions include looking for low calorie diets. Low calorie sweeteners are being looked at as an option.

There are a number of chemical and natural products based sugar substitutes in use in different parts of the world. Aspartame is probably the most popular among the chemical substitutes. Alternate organic sugar substitutes include honey, dates, maple syrup, agave sweeteners etc. All of these contain lesser calories than sugar.

Stevia based sweeteners are 200 times sweeter than sugar. Stevia comes from the plant belonging to the genus Stevia. The sweetener has zero calories. This sweetener is becoming quite popular with diabetics and the obese.

Most of the Stevia based products sold in the market come from Stevia rebaudiana. The plant belongs to the Asteraceae family. It is a bush that prefers semi- humid sub tropical climate. Stevia is easy to cultivate.  The plant is native to Paraguay and Brazil. Here it has been traditionally used as a sweetener in food and drink. China today, though, is the world’s largest producer and exporter of Stevia.

Stevia rebaudiana Bertoni is the sweetest of all Stevia species (Soejarto et. al. 1982; Kinghorn et al 1984) The sweetness of Stevia comes from diterpene glycosides – a group of natural sweeteners -extracted from the leaves. The leaves of Stevia plants contain stevioside, rebaudioside A, C, D, E and F, steviobioside and dulcoside A. Stevioside is the most abundant of all the glycosides.

The plant has been also traditionally used as a natural control for Type 2 diabetes in Brazil and Paraguay. This species has been used as a sweetener by the indigenous communities in many parts of Central and South America (Melis, 1992). Steviol and stevioside have been shown to induce pancreas to release insulin. (Jeppesen et al. 2000).

Initially the Stevia sweetener was just a powder of Stevia leaves. This product left a bitter aftertaste in the mouth. This limited its acceptability as a sweetener. The bitter taste was attributed to the presence of stevioside present in the plant. Rebaudioside A is the sweetest and the most stable of the sweetening compounds. It is less bitter when compared to Stevioside. (Cramer and Ikan 1987).

Now most Stevia based sweeteners contain Rebaudioside A and Stevioside molecules which do not leave a bitter aftertaste. Stevia based products sold in the market are often mixed with  other ingredients like fructose, sucrose and essential oils. These are added to increase the shelf life of the product. However, the calorie count of most of these products continues to be very low.

Stevia was declared safe for use in food and beverages by the USFDA in 2008. The delay in granting GRAS status is attributed to contradictory studies that indicated carcinogenic property of Stevia.  (Matsui et.al 1986, and Pezzuto et.al 1996) observed that steviol produced mutagenic effect in some tests on rats. On the other hand a lack of mutagenicity of both steioside and steviol was observed by others. (Suttajit et al 1993, Klongpanichpak et.al 1997).

In Japan, all artificial sweeteners were banned decades ago. But Stevia is accepted as an alternative sweetener for food and beverages. Safety of Stevia has been demonstrated by 40,000 clinical studies conducted in Japan. (Goyal et al, 2010)

The Food and Agriculture Organization of the United Nations and the World Health Organization (WHO) too have determined that pure stevia extract is safe for consumption when consumed within acceptable levels. The acceptable daily intake (ADI) has been put at 4 milligrams per kilogram of body weight.

Stevia is now present in a number of foods and beverages in the US including Gatorade’s G2, Vitamin Water Zero, Sprite Green and many other products. It is used in cooking, baking and a range of dairy and non dairy desserts.